Hey, and welcome to our first edition of the 3 & 3 covering April 2021. This monthly update lets you know the three big economic things that happened last month and three items to keep an eye on going forward. Can’t wait a month for the best economic news for people living abroad? Sign up here for our weekly newsletter!

3 Things From March To Know About

The Us Economy Takes Off

The US economy was in the spotlight at the beginning of March. Following a series of events, America’s markets went through one of their wildest weeks in recent memory.

To start, the job report for February blew past all expectations, providing almost double the number of new jobs estimated by economists. Then, the US Congress passed a 1.9 trillion USD stimulus bill, effectively providing a massive cash injection to the economy.

On Thursday, the Federal Reserve (the US central bank) announced that it would leave interest rates untouched. This statement signaled that he wasn’t worried about inflation (for now).

In its aftermath, investors sold their holding of safe US government debt (loans) and piled into the stock market. In turn, global finance-folks wanted on the action, demanding dollars and driving up the exchange rate.

The Business Cycle Takes Another Turn

In the middle of the month, investors shifted their money from tech stocks to energy and manufacturing ones. When these industries get capital from the markets, it’s generally a sign that the economy will rebound soon.

Considering that the past twelve months were weird at best, seeing the economic light at the end of the pandemic tunnel is news to get excited over.

The Baby Boom That Never Was

At the end of the month, we got the bombshell that we were all waiting for: people didn’t use last year’s lockdowns to make babies. While amusing on the surface, this lack of new blood will have lasting impacts.

There’s always the chance that there will be a baby boom once the economy recovers, but that’s far from guaranteed.

3 Things in April to Keep an Eye On

The Fallout From The Suez Blockage

In late March, a giant container ship ran aground and completely blocked the Suez Canal. Hundreds of ships carrying billions of dollars worth of goods and commodities were stuck for nearly a week, waiting for the jam to clear.

The Suez canal sees 12% of all global trade go through it annually. That alone should be cause for concern. However, this accident has much deeper implications. First, the pandemic made us goods consumers as services like travel, restaurants, and entertainment disappeared. Second, there’s a lack of container ships available in the market. Keeping ships waiting a week-plus only makes this shortage worse.

It will take weeks, if not months, for the supply chains to catch up, and even then, it will come at a cost.

The US dollar is gaining ground against the euro and other currencies. The reason? Thanks to its pandemic response and rapid vaccine campaign, the US economy seems to be a step ahead of the rest of the world.

While this increase is welcome news for remote workers who depend on the dollar for their income, there’s no telling how long it will last or how far it will go. Currency markets can turn on a dime. Let’s see what happens in April.

How Long Will the EU Lockdowns Last?

Most EU countries begrudgingly went back into lockdown at the end of March with a plan to reopen in April. A poorly-executed vaccination policy coupled with a mutating virus left major economies with little choice but to put their economies back on hold. Politicians aren’t calling it a lockdown, but as they say in Southeast Asia, “same same but different.”

Shutting things down again before they even had a chance to take off is only prolonging the economic pain. It is probably more concerning that, with a lack of creativity from policymakers, pandemic fatigue will likely zap consumer confidence until the virus is truly behind us. When that happens is anyone’s guess.

For now, we need to see how long the current European lockdowns last, what plans (if any) exist to break this cycle. 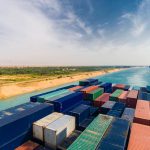 Previous Story
The Suez Blockage Stinking Up the World Economy
→

Next Story
What People Living Abroad Should Know About Social Trading