This is a re-post of our 13th issue of our “WTF is going on with the Economy?” newsletter which talks about airlines, frequent flyer points, and central banks. You can read the original here. Get future issues delivered directly to your inbox.

It turns out airlines are a lot like central banks.

They get to create their own money, control its value, and let others do neat financial things with it.

If you’ve flown even just a little bit, you probably also hold some of it.

Frequent flyer points or miles are one of the most potent assets airlines have. Yet, while most people use them, few know their real power.

On the surface, they let them build loyalty and encourage passengers to keep coming back (that microwaved chicken penne they call food, be damned).

To us, we think it’s cool to get a free flight every once and a while.

For airlines, frequent flyer points are like having and controlling an in-house currency — just like a central bank.

And just like central banks, airlines can manage their own economy to weather turbulent markets and boost growth on their terms.

Like central banks adjusting interest rates to manage the economy, airlines change the value of their points to meet market conditions.

If an airline is trying to encourage people to fly more, they lower the number of miles needed for free flights.

Additionally, they can flood the market with points by making it easier to earn them. Like a central bank will create money to get people spending.

If there’s a lot of demand for flights, they raise the reward threshold. That way, people will continue to buy tickets — particularly the highly profitable premium cabin ones.

Since these flights require more miles than before, the airline can, in effect, take points out of their economy.

It’s entirely possible to (and people do) compare the value of different airlines’ frequent flyer points to each other.

You can give frequent flyer points a monetary value, showing how much one point is worth in dollars, euros, or whatever currency. An ‘exchange rate’ if you will.

Sometimes, they do it the old fashioned way by taking out a loan (bond) on the open market.

But when they feel that the market conditions are unfavorable, they can fall back on their central bank-esque frequent flyer program.

Then, they reach out to banks and credit card companies, offering to sell them at a wholesale discount.

For them, these miles let them build lucrative rewards-based credit cards.

When a credit cardholder spends money, the bank gives them frequent flyer points.

If the airline works with the bank to issue a branded credit card, they even receive sign up commissions, payment fees, and late interest payments.

All and all, frequent flyer points are a massive business for airlines. According to some valuations, these programs are worth just as much as the airline itself.

And that’s why today, we’re going to see airlines tap into them more than ever.

Right now, airlines are in a precarious spot.

After spending the last decade growing at breakneck speed, air travel all but ceased in March.

In the previous three months, airlines hemorrhaged billions of dollars a day while their planes sat grounded, unable to generate any revenue.

Yet, airlines know that this situation is only temporary.

Travelers will come back once the pandemic passes, and the economy begins to recover.

Until then, airlines face a dilemma.

They’ve already taken drastic steps like borrowing billions of euros using their planes, airport slots, and other assets as collateral. But for many airlines, that hasn’t been enough.

Some of the biggest airlines in the world like United, British Airways, Delta, and Air France-KLM are now all selling miles to raise much-needed cash.

In some cases, airlines are even borrowing against their frequent flyer program to access even more funds.

For the airlines, this vital cash source is a bit of a double-edged sword.

Yet, more people onboard, means people are comfortable traveling again, even if they’re doing so for free. As we wrote about before, full airplanes and the routes flying are key economic indicators. Airlines will no doubt want this trend to develop, even if it costs them cash upfront.

As the economic recovery starts, we’ll see more of these alternative financing methods become more popular. As the saying goes, “necessity is the mother of all invention.”

We’ll keep an eye on how creative banks, companies, and consumers can be.

PS After reading this, you’re probably wondering where you take advantage of some of these deals. The Points Guy is an excellent source for frequent flyer program news and deals. Here’s their aggregated deals page.

If you’re in the EU, there won’t be as many credit card deals since European laws surround consumer protection and processing fees hamper this niche.

Unfortunately, in the EU, rules concerning credit card payments and fees make co-branded credit cards unattractive to airlines and banks. That said, many loyalty programs are selling points directly to consumers at a deep discount. Check out your favorite airline’s frequent flyer program’s website to see if they’re running promos; you might be pleasantly surprised. 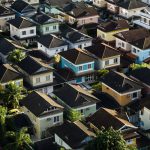 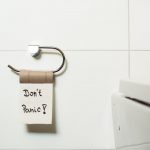 Next Story
The recession starts Wednesday (but don’t panic!)