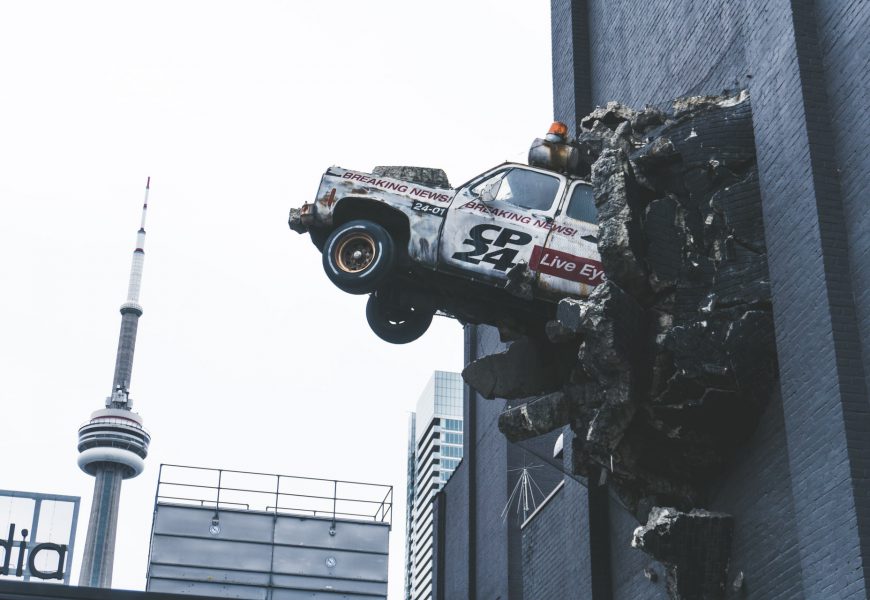 You’re reading the latest issue of our weekly newsletter, giving people living abroad everything they need to know about investing and the economy, including what happened in April 2022.

For those of you keeping score from home, the global economy continued to whiplash markets, investors, and practically everyone else.

April did the reverse of March by coming in like a lamb and going out like a lion. Although in this case, the lion went out to the Serengeti to puke its guts out.

Global indices in the developed world had one of their worst months in decades, led chiefly by American tech companies.

Tech wasn’t the only one hit by the rout, though.

Sectors across the economy, including financials and consumer staples, also took a beating.

Now, markets are in bear conditions, meaning that most investors have a pessimistic outlook.

Inflation has been one of the primary storylines in the economy since last fall.

The headline rate (i.e., what the news likes to report) remained in the upper single digits and well above the 2% average central bankers like to target.

Oil and gas stayed up.

Russia’s war of aggression against Ukraine sadly continued throughout the month.

In an escalation between the West and the Putin regime, Europe made more steps to cut its dependency on Russian fossil fuels.

At the same time, the Kremlin began asking European gas customers to pay in rubles to support the Russian currency.

Of course, these pressures only pushed the price of oil, gas, and other vital commodities upwards.

Since oil and gas still power our economy, these higher prices only added fuel to inflation’s rise.

Bond markets did, too.

Unlike stocks, bonds generally have a fixed interest rate that the borrower must pay throughout the contract. (We call this the coupon rate).

Bonds are susceptible to inflation and interest rates.

(Think of it this way: lending money to someone is a risk, and the riskier it is, all things being equal, the higher the interest rate you charge them. Suppose the market or inflation rates go higher. In that case, your return relative to the risk drops, making your investment less efficient).

The market subsequently dropped, harming fixed-income investors in the process.

Bond markets are incredibly fascinating, and it’s on my to-do list to write about them in the coming months. I promise we’ll explore this topic in a bit more detail soon.

The dollar got stronger.

Despite the market volatility, the US Dollar actually strengthened over the last month.

Global investors see the dollar as a safe-haven investment during worldwide economic turbulence (for example, a war in Europe or a global pandemic).

Throw in that the US central bank is raising interest rates, and investors are more than ready to ride out the storm in the greenback.

This demand for the dollar drove up exchange rates to highs not seen since early 2017.

Well, hot damn. Should we panic about the April rout?

Not really, but we should be more mindful about what’s going on.

Plus, as always, context matters. Here’s our take.

Indeed, stock markets and pretty much every other one is shifting into a different part of the business cycle.

If you’re not familiar with the concept, the business cycle represents the different stages of the economy.

Investors pivot into “defensive” investments like consumer staples (even if we’re in a recession, we’ll still need toilet paper).

At the onset of the recovery, investors bet on what we call “growth stocks,” which focus on growing by reinvesting profits instead of paying dividends.

Since the advent of the internet, tech has been the growth stock sector (look no further than the dot-com boom of yesteryear for proof).

Over the past two years, tech did phenomenally well as it was central to our pandemic economy.

With the economic currents shifting, investors aren’t interested in future returns but rather safer, immediate profits.

As the cycling continues, other sectors will perform well where tech doesn’t.

You should be fine if you’re diversified (by investing in broad ETFs, for example).

Inflation can be concerning, but again, context matters.

Inflation is still moderately elevated across Europe and the United States. Based on the headlines, the sky should probably be falling.

However, we see a much more nuanced picture by digging deeper and aligning our perceptions to current and recent events.

For one, a few key sectors are playing an outsized role in pushing up prices.

Energy, by far, is the biggest driver, which makes sense, considering that:

Higher fuel prices ripple through everything, including transport and food.

Second, the headline rate compares what happened last month to the same month a year ago.

There was nothing normal about the economy in April 2021 as we were still mainly in a lockdown.

Yet, even then, we’re in a better spot than in previous bouts of high inflation since:

This isn’t to say that things are perfect or that inflation doesn’t impact us (it does).

We believe that context matters, though. Again, please check out the inflation dashboards from central banks to get a better idea of what we’re looking at:

Short-term and other investors are irrationally panicking right now.

are only adding to the market volatility. Volatility comes from more pronounced price swings.

As the number of investors buying or selling an asset grows, the price changes increase.

That makes the charts go bananas, and by extension, the markets, too.

Wise long-term investors (like those of us who invest to have an awesome future later on) keep their cool during these moments.

Instead, we’re buying our ETFs and other investments according to our plan, current volatility be damned.

We saw the dollar gain a lot of strength recently. For those of us living abroad who have most of our money in the greenback, we’re feeling pretty good.

For those of us who buy many products and services in USD, we’re feeling the opposite. (In fact, some of the price inflation in Europe comes from the EUR losing strength).

Whatever’s happening, it’s definitely not anything new. Exchange rates will always be dynamic, with almost no one able to influence them.

Here, we just have to do what we always have: plan accordingly, take deep breaths, and keep our emotions from getting the best of us. 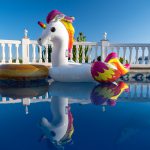 Next Story
WTF x AWI #091 – Are Companies Price-Gouging Us?