Do other countries own us via debt?!

Hey there, and welcome to issue # 29 of WTF is going on with the Economy?! about government debt.

While the big news this past week came from vaccine announcements (driving markets higher), it isn’t the primary metric we’re looking at.

After all, stock markets are a great place to reflect short-term opinions on the economy.

We prefer looking at trends to understand what’s going on.

The massive trade deal coming out of Asia.

These countries — including China, Japan, South Korea, the ASEAN group, Australia, and New Zealand — produce 30% of the world’s economic output.

The deal is game-changing for two reasons.

For one, Asia will likely be the main global economic driver for the 21st century. By reducing trade friction in the region, growth and power will shift further away from the West.

More importantly, RCEP is a Chinese-led initiative and excludes the United States.

At the onset of his Presidency, Trump pulled the US out of the Trans-Pacific Partnership or TPP.

This deal — negotiated by the Obama administration — was to link the United States with countries on both sides of the Pacific to facilitate trade.

In addition to its economic importance, TPP was meant to contain China.

With the US withdrawing (although the 11 remaining members stayed on), China saw an opportunity and quickly jumped.

RCEP will not only accelerate Asia’s economic rise (great for portfolio diversification btw) but will also signal a shift in geopolitics, reshaping the world economy for decades to come.

The pandemic end-game and how countries might finance it.

It looks like the end to the pandemic is in sight, even if it’s still far away.

With promising news about vaccines on the way this Spring, there’s a real possibility that life will come back to normal sometime next year.

The question now is: how will governments manage the pandemic until then?

Here in Europe, we’re back into semi-strict lockdowns as policymakers effectively wasted the time citizens gave them earlier this year, failing to build robust test, trace, and isolate systems.

Governments are now saying that mobility and economic restrictions will remain until a vaccine is ready for distribution.

Yet, shutting down parts of the economy must come with financing to help those unable to work survive.

Right now, governments are generally talking about packages but have yet to release another stimulus round.

Getting that formula right isn’t as easy as it sounds.

If the immediate goal is to limit mobility into high-risk public areas (restaurants, bars, clubs, etc.), it makes sense to shut them down.

However, if we give broad financial support to the economy (like depositing money into everyone’s account), the public will spend it online (just in time for the holidays).

By the time it’s safe to reopen shuttered social sites, there probably won’t be enough money left over for these businesses who need it the most.

So how then can governments manage these conflicting needs knowing that there is a rough end-date insight?

The best-case scenario is that politicians make more realistic estimates of how long they need to shut things down instead of taking two-week increments.

That way, they can make planning easier, be honest with their citizens, and develop a more concrete figure to borrow from investors.

It’s a phrase used a bit too often: our government borrowed too much money, and now x-country will own us.

After all, if we’re constantly issuing debt (aka loans), and the Chinese or Russians or Japanese governments keep buying them, does that mean they hold a dagger over our heads?

Debt isn’t ownership – it’s a loan. And since governments don’t issue shares, another country can’t own them.

When governments borrow money, they set out the terms, including the amount they want to borrow and how often they’ll pay it back.

They also get to set the interest rate that they think investors will react to the best.

Short of the borrower being unable to repay the debt, lenders can do practically nothing to get their money back sooner from the governments, assuming they will likely pay it back.

Instead, investors trade the bonds with each other when they want to get (some of) their cash back.

In other words, when countries borrow money, they aren’t selling part of their country to foreigners.

Why is it important to keep this mindset right now?

After the past ten years, you can be forgiven for thinking government debt is evil.

We just finished the austerity decade where the mantra from banks and other lenders was: pay up your bills in any way possible, or we’ll stop lending to you (causing your government to fail).

Countries cut spending programs and made their governments leaner.

With strict limits on borrowing mandated by legislatures, we were practically finished with the age of fat government spending programs.

Then the pandemic happened, and that calculus got tossed out the window, with countries the world over borrowing unprecedented amounts.

It is so tempting to think that we might be entering into another debt spiral that tanked economies across Europe and helped fuel income inequality.

This time, though, it’s a bit different for debt.

First, interest rates are really low right now, with almost every Western government able to at under 1% or even at negative rates (i.e., investors pay to give governments money).

As it would happen, years of austerity during an economic downturn meant that governments couldn’t spend directly into their economies.

Instead, the central banks did all they could to stimulate by lowering interest rates to near-zero and buying existing government bonds, putting cash into the economy.

Second, because the economy is so nutty right now, investors see government debt as a safe-haven, driving rates lower.

Combined, governments can not only borrow way more than they could in the past, but they can do so at rates so low that even healthy inflation will erase.

In other words, assuming that governments get the recovery right, they’ll be able to borrow now for free.

That’s not to say every country is safe. Smaller and developing economies are still at risk of default, which can have devastating effects.

For now, in the West, we can at least sleep knowing that we’ll probably not see a repeat of the past ten years, nor will we have to worry about foreign governments banging on our doors to pay up.

But only for now… 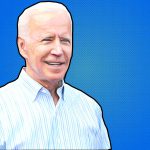 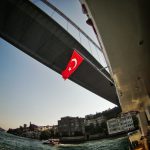 Next Story
A Thanksgiving Turkey Story