Ordered Back to the Office?

Welcome to issue number 052 of the abroaden weekly insights newsletter where we talk about the return to the office.

Captain Morgan orders everyone back to the office.

During a roundtable discussion with the business community, JP Morgan’s boss Jamie Dimon spoke about the future of work.

As the head of one of the world’s largest banks, he believes that in-person working will come roaring back.

In his beliefs, there are numerous intangible benefits to in-person collaboration that zoom can’t replicate.

He’s so adamant about this vision that he’s putting his money where his mouth is.

As soon as restrictions lift, he’d like everyone who can return to the office, at least on a part-time basis.

We’re watching how this situation develops as it can have long-reaching impacts on global real estate markets.

Over the past decade, millions of jobs appeared in big cities, driving up demand for commercial real estate.

A year ago, we could hear the office’s death knell.

Now, 12-plus months of remote working is showing its limitations.

With employers eager to get people back in the office (at least partially), is the remote revolution dead on arrival?

We think a hybrid model is the most likely outcome.

If the employee works in a different city, she’ll occasionally travel to visit the office.

Let’s keep an eye on how other industries respond — the way they do will dictate how real estate evolves in the coming years.

During the same roundtable, US Treasury Secretary Janet Yellen spoke about the state of the economy.

In her remarks, she stated that interest rates might have to rise in the near term.

She believes that, with trillions of dollars of stimulus in the economy, inflation could pick up a bit too fast, causing overheating.

If that were to happen, the Federal Reserve (the US central bank) would need to raise rates on savings and other accounts to get money out of the economy.

Increasing rates on savings accounts, loans, and other borrowings are enormous.

And even though Secretary Yellen said that rate raises wouldn’t happen for a while, the markets reacted vigorously to the news.

When rates do go up, we’ll definitely see it across the board, including in exchange rates.

What you need to know about ETFs

These versatile and low-cost funds are hands-down the best tool for building long-term investments.

That said, most information out there about ETFs is far from clear.

We wrote a quick blog post explaining what they are and why ETFs are such a good fit for people living abroad.

Check it out here.

A cyberattack on a pipeline.

Over the weekend, cybercriminals attacked one of the largest oil and gas pipelines in the United States.

The assault forced Colonial Pipeline to stop operations, impacting the fuel supply for most of the East Coast.

As of this writing, it’s believed that there is a ransomware attack on the company’s infrastructure.

The short-term impact on the economy could be substantial, depending on how long the pipeline is out of service.

Over the long run, IT vulnerabilities like this one could become a tremendous liability, impacting security and broad sectors of the economy.

If you’re following the dollar, you probably noticed that exchanges moved a lot over the weekend. Here’s why.

The American economy is in a state of transition.

Almost 60% of all American adults are at least partially vaccinated.

Economic activity is picking up as businesses reopen.

Last Friday, the US labor department released its jobs report for April.

Instead, the economy created only 266,000 positions – well below estimates.

The dollar lost a lot of ground in the aftermath as investors saw this underperformance as signs of underlying weakness.

Right now, there’s a debate in the US over the stimulus and support programs doled out during the pandemic.

Currently, unemployed workers can receive 300 USD a week on top of their other benefits (yes, Americans do have unemployment benefits).

This additional stimulus runs through August.

Economists and politicians are debating whether the additional 300 bucks keep people from taking these jobs.

If they are, then there will be some serious policy questions to address, all of which impact the American economy and dollar.

We’re not going to predict the FX rates.

But, it’s safe to say that until “normal” comes back, sudden shifts in the currency market will continue. 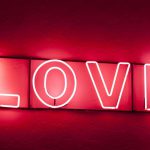