The Suez Blockage Stinking Up the World Economy 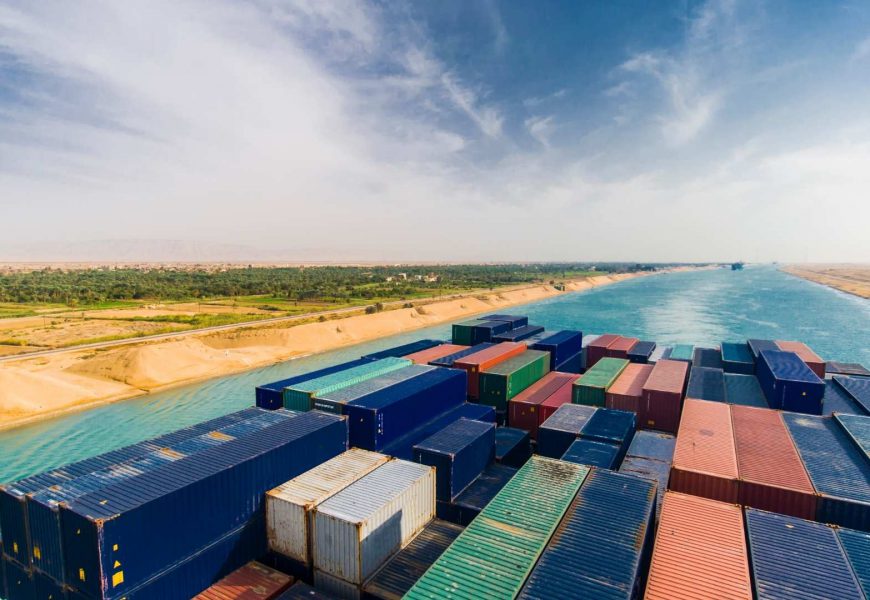 Hey there, and welcome to issue #046 of the abroaden weekly insights newsletter (formerly WTF is going on with the Economy?!). This week, we’re covering the Suez canal blockage. Not subscribed to our newsletter? You can be! Click here to get the best economic news and more for people living and working abroad each week.

The ship blocking the Suez

Last week, a giant cargo ship ran aground in the Suez canal, effectively closing the passage.

Now, container ships of all sizes are piling up on both sides of the canal.

If that wasn’t enough, vessel operators asked the US Navy to come to the region, fearing pirates could swoop in and cause havoc. Yesterday, workers were finally able to free the ship, allowing the channel to reopen after nearly a week of closure.

This blockage is going to have an outsized impact on the global economy.

First, the amount of trade volume going through the Suez is massive. This vital Egyptian link connecting the Indopacific with the Mediterranean sees nearly 12% of all global trade pass through it annually. Current estimates say that the blockage is knocking 400 million USD an hour in imports and exports.

Many of the goods in the containers are in various states of completion. While many are ‘retail ready,’ many others are byproducts ready for finishing in European factories.

Second, there’s already a container shortage, which drives up shipping costs and increases delivery times. With empty ships blocked from returning to Asia, this glut will only move prices and turnaround times upwards.

Most importantly, though, the global economy is in an odd spot. In the past 12 months, we’ve been in uncharted territory. After the initial lockdown shock, we consumers switched from consuming goods and services to only goods.

With many of us stuck at home along with entertainment and travel shut, we’ve all been buying more stuff.

Now, with a vital route for getting goods and commodities (considerable amounts of oil and natural gas also pass through the canal) from Asia to Europe and even the American east coast closed, we could be seeing serious economic consequences that will last months.

An FX trader fined for advising via WhatsApp.

A currency trader in London got busted for giving investment advice over WhatsApp.

In short, this person was telling people how to trade currencies without an adviser’s license from the FCA. Worse, he was doing it over an unmonitored chat.

Regulators take these matters very seriously. 727,000 USD is a lot of money for an individual, all for selling “wholesale” advice to people without following the rules or being registered to do so.

Please be careful with who you take advice from. Regulators are very strict about that. You might notice that we don’t give any investment advice in our newsletters or blog.

There’s a reason for that. Each person has different investment goals, risk tolerance, and financial understanding. For what it’s worth, abroaden’s goal is to provide those sorts of services to people living abroad, in compliance with the law.

It’s messed up that we actually have to say that. Still, there are a lot of sharks out there explicitly targeting people living abroad. Be careful.

The dollar keeps climbing (or falling, depending on how you look at it)

The US dollar hit new highs versus the Euro last week (or lows, depending on what side of the currency pair you’re looking at). As the FX traders say, there are two reasons for the exchange rate: “fall through support.”

First, the US had an “excellent” labor market report, with the jobless claims dropping to their lowest level since this time last year. Second, the EU’s bungled vaccine rollout combined with new lockdowns spell a more prolonged recovery for the Eurozone. As a result, investors are flocking to the US, driving up the dollar’s value.

After many failed attempts and the ouster of its cult-like leader, the coworking giant is finally going public via a SPAC. The drama aside, this once-illusive milestone validates the coworking business model.

After all, if we’re to believe the hype that offices, as we knew them, are pre-pandemic relics, then coworking spaces will be the essential business tool of the coming decade.

These spaces offer companies of all sizes modular flexibility, fashionable meeting spaces, and, most importantly, flexible rent. WeWork going public shows that investors believe in this vision of the future. It remains to be seen how traditional commercial real estate will react.

In short, citizens in each country can take the other’s nationality without renouncing their original citizenship. In other words, a Spaniard who has spent years living in France can ask for French nationality without giving up her Spanish passport.

This agreement can have huge implications for EU expats. As many of you know, getting a second nationality is a deeply complex process outside of through birth. In addition to the mountains of paperwork, many states require you to give up your current nationality before taking a new one (although that’s not often the case in practice).

EU citizens are particularly impacted as the bloc generally frowns on dual nationality through naturalization. However, this landmark deal between two of the bloc’s biggest members could open the door to more dual citizens. Read more here in The Local. 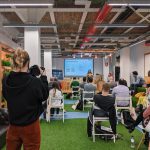 Previous Story
A Journey Through a FinTech Incubator – Part 1
→