What does Trump getting the Coronavirus mean to economists? 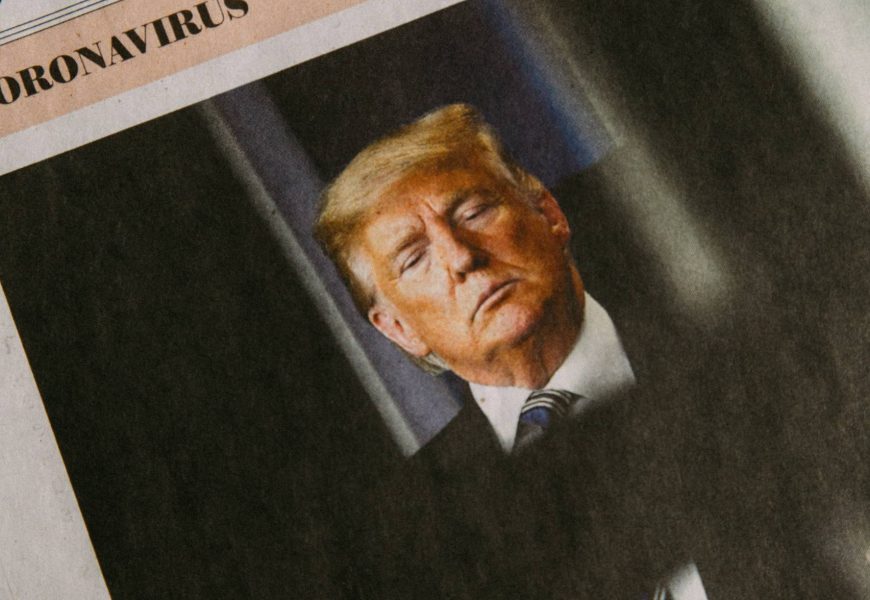 This is issue 023 of WTF is going on with the Economy?! It originally ran on October 6th, 2020, and discusses US President Donald Trump Coronavirus infection. Want to get this newsletter right when it publishes? Sign up now. (Photo by Charles Deluvio on Unsplash)

Hey, and welcome to issue 023 of WTF is going on with the Economy?! We want to take a look at what happens to the economy when the Coronavirus infects the occupant of the most powerful job in the world.

Last Friday, US President Donald Trump announced that he tested positive for the Coronavirus.

The news subsequently dominated the headlines, not least because of his perceived cavalier response to the pandemic.

Concerns quickly mounted about the implications of having the leader of the world’s largest economy and most powerful military fighting a lethal disease.

What’s worse is that it soon became apparent that other members of his inner circle also caught the virus.

Still, even if the two occasionally cross paths (although the way is less than you’d think), this newsletter is about the economy and not politics,

So what does Trump’s infection mean for the economy?

As it turns out, not a whole lot. Here’s why:

By now, you probably noticed that 2020 is a bit of an outlier.

It’s been eight months since the Coronavirus upended life as we know it.

In that time, the global economy went on one of its wildest roller coaster rides in recorded history.

Investment professionals and economists use volatility as a measure of risk. The more volatile an investment or indicator, the riskier it is to investors (which should translate into a higher reward, but not always).

As a result, professional investors are taking measures to protect themselves against risk by doing what we call “hedging.”

Here, investors will purchase futures and options contracts. These tools act as insurance to their investments, giving them a safety exit.

For example, an investor might have a “long position” in Apple’s shares, meaning that she invests in Apple shares that she believes will go up in value (selling them later for a profit).

Yet, she also sees that markets are highly volatile and doesn’t want to lose all of her money on her investment.

To protect herself, she’ll buy what we call a “put” option. This financial instrument lets her sell her investment at a fixed price later on, which allows her to ‘hedge’ against any deep swings in the market.

Professional investors do this sort of hedging activity with practically any investment type imaginable. And they do it all the time.

Since 2020 is the definition of unpredictable, most investors prepared well before infection, mainly because of…

Investors and economists are keenly watching the upcoming US presidential election.

On the one hand, a Biden Presidency would likely mean higher taxes. Investors and business-type people tend to dislike since it diverts capital from business development and profits.

On the other hand, Trump’s most reliable trait is that he’s mostly unpredictable, preferring to shoot straight from the hip rather than govern with nuance.

Professional investors know that depending on who wins the White House and the Senate next month could fundamentally change the next decade’s regulatory environment and economic policy.

Despite everything weird about 2020, the election will happen next month, even if the results might not be immediately evident. Plus, the October before an election has always been notorious for its surprises.

Therefore, banks and professional investors have already made their plans months ago for increased volatility, even before taking into account the pandemic.

The stock markets mostly reflect this phenomenon, with indexes like the US’s S&P 500 or MSCI’s All-World index of 23 developed countries showing a dip on Friday with a quick rebound.

The US presidency isn’t as powerful as it seems.

The American government was built expressly to avoid one person ruling by decree.

The checks and balances system and creating a powerful yet functionally independent executive and judicial branches means that one leader cannot fundamentally alter the economy (although some do try).

Instead, the policies that impact the economy the most — taxes, spending programs, and monetary policy — come from deliberately slow democratic processes.

Furthermore, economics’s laws combined with free(ish) markets make it impossible for a man or woman sitting behind the resolute desk in Washington to invoke drastic and immediate changes (although some do try).

Instead, the economy’s chaotic beauty means that the President can merely lead their party in Congress and at the Treasury to help influence things but not change them unilaterally.

Most people tend to forget this fact.

Indeed, it’s all too easy to omit the fundamental relationship between the economy and a freely-elected government during hyper-partisan times.

However, economists and investors are still keenly aware of this balance. That’s what’s going on with the economy these days, despite the political mayhem making it look otherwise. 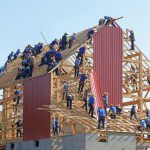 Previous Story
The economic truth according to the housing market
→ 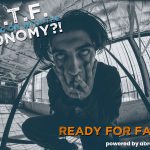 Next Story
Ready for Fall? A WTF is going on with the Economy?! Presentation